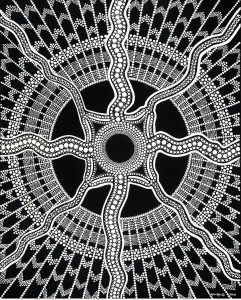 Like so many Americans who witnessed Christine Blasey Ford give testimony of her abuse, I found myself mesmerized and triggered by the proceedings. I was horrified at the way that the highest function of advice and consent has degenerated into a self-serving spectacle of tyrannical power and gang-rape mentality, determined to confirm an alleged sexual offender, a probable perjurer, maybe an alcoholic and certainly an extreme ideologue, to the highest court in the land. I became almost speechless as my own history of trauma rose up; of being held down, silenced, violated and then having the perpetrator claim they were the victim.

I felt a dark isolation come over me, a feeling of being terribly alone. Social media was filled with men mocking an incredibly brave woman who had everything to lose and nothing to gain. They jeered her for not having proof, witnesses, facts, or perfect recall, that her hair was disheveled and her voice was weak. Even as I write this the investigation they refused to endorse has already been watered down to a whitewash.

We profess to be a Christian nation. Jesus said, “Let he who is without sin, let him cast the first stone.” But Christ is long dead, crucified for challenging the very kind of religio-political authorities that hold positions of power today. What we have now are “new Christians,” those who mouth Christ and act like the Taliban, screaming at us to cast the first stone.

I was raised in the Mormon Church till age 12. My father was a stone-caster. He read the Bible but used scripture to justify his hatred toward black folks and Jewish people. He used doctrine to justify repression of my mother.  He prayed daily, hoping to win the Daily Double at Santa Anita. His every word was the voice of God even as he tortured my brother or beat my head against the wall. He drank beer and channeled spirits who told him the Russians had mined America with nuclear bombs.

My Dad saw enemies everywhere. He had no friends. He accused my mother of infidelity but after she mysteriously died at age 39 during a 14-day fast of “purification”, it came out he’d been having an affair with my best friend’s mother across the street.  He told the local newspaper that he was “the Bright Light” and didn’t need to eat or work to live.  But the thing that was outside the light, hidden in the darkest shadow, was that he’d been badly abused as a child.

We discount  how it affects someone to be abused; to not be seen, heard, validated, or taken seriously. We minimize what happens to the soul of a person when they are mocked, jeered, taunted, tormented and beaten. We say, “Man up.” For my dad, that drove him insane.

As I grew up I was haunted by a sense of pervasive shame and isolation every day of my life.  In my late 20’s I broke down completely and wound up in a locked psyche ward. The psychologist told me to grow up and get a job but I couldn’t even function.  I thought I’d been damned to hell by the Mormon God of hell-fire and retribution.

The nurses gave me a daily dose of Thorazine, a drug so powerful I had to ask a visiting friend if I had died. I became delusional. I thought if I could just line up the molecules of my body with the spaces between the wall molecules,  I could run through the wall to escape. I hit the wall running and collapsed in a heap.  The nurses doubled down on Thorazine.

When I got out of the hospital,  I went looking for a guru, a man of God to save me from Damnation. Instead of salvation,  I spent the next 12 years trapped in a new age spiritual cult run by a guru who looked like Rasputin and who acted a lot like my father.

When I finally escaped the cult, I went into therapy. I learned about the “compulsion to recreate the trauma.” I learned that what we reject, we project. I learned that it’s very hard to torture someone else unless you were tortured yourself.  I learned that so many of us find enemies out there because we insist like my dad that we are the Bright Light, all good. We reject our shadow and all the parts we hate. But then the shadow comes back to us  in a form  we cannot control. We call that evil.

I always had trouble articulating and PROVING what happened to me because so much was done in darkness and secrecy, maybe even before I had language.  So often, just telling the story of abuse invited scorn, judgment, and blame for being lazy, a liar, making things up, for wallowing in my own negativity, for making excuses. In a word, for being weak.

Watching Judge Kavanaugh move between his  Dr. Jeckel and Mr. Hyde personalities right there on TV, I  saw my father and my old  guru. I shuddered to imagine what would happen to us as a country if we handed to such a man of privilege all that legal power to unleash his repressed rage on women, children  and the world.

Today, I struggle with feeling safe. What’s happening in America is  like what happened in my childhood and in the cult.  My father had a sacred duty to protect me, not abuse and exploit me. It’s like incest. Where do you turn if the law supports the powerful?  Who will believe you?

When I was younger and at the mercy of my father, I knew that it was not a question of whether or not I would be eaten, it was a question of which part I could offer up next in order to minimize the damage. But now I’m an adult and I have some choices about how to respond.

I think now we are all waking up to the fact that everyone, including the planet itself, is being abused and shamed by a system that has no heart, soul or future.  We are in a collective crisis. The old is dying and the new has not yet been born. We live in liminality which means “a threshold,” a state in between.

I want to cross the threshold. I don’t want to stay in the old state of shame any more because too many of us are suffering and repressing it is just making things worse. I’m exhausted with  the sheer effort it is taking to hide it and push it down, because it’s all being siloed behind a border wall of guns, bombs and cages with little children in them.

I’m an adult now. I tell myself I deserve to be here along with everyone else who wants to respect this planetary home and help it thrive again.  I get to choose now how I am going to help hospice out the old and midwife in the new. I’m want to write about what I feel and paint what I see. I want to be part of a healing circle, planting the ground, nurturing back to life what’s been torn apart.

Maybe that will help make a space for all the souls who want to be here in the future and if you believe in reincarnation, maybe some of those souls will be you and me.