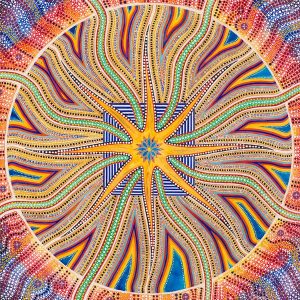 I’ve been making phone calls lately, encouraging people here in New Mexico, USA to vote, especially for candidates who support policies on public lands that encourage the growth of renewable energy and who understand that climate change is the existential crisis of our time or any time.

I’ve also been struck by how all over the world,  youth are coming forward to challenge and even sue governments for violating their right to having a future at all.  I refer of course to the now famous Julianna vs. US, a case in which 21 youth plaintiffs aged 10-21 seek to elevate the voice of youth to “secure the legal right to a stable climate and healthy atmosphere for the benefit of all present and future generations.” In a word, they are suing the United States government for violating their constitutional right to life, liberty, property and to a stable climate system that will sustain human life.

I also refer to the inspiring example of one Greta Thunberg, a 15 year old  Swedish student who has begun a strike for the climate in front of Sweden’s Parliament building. Greta says,“If people knew that the scientists say that we have a five percent chance of meeting the Paris target, and if people knew what a nightmare scenario we will face if we don’t keep global warming below 2 °C, they wouldn’t need to ask me why I’m on school strike outside parliament. Because if everyone knew how serious the situation is and how little is actually being done, everyone would come and sit down beside us.”

I have come to believe that the climate crisis is actually a kind of angel in disguise, not  with white wings and a gentle smile, but with a power so awesome that to look directly practically turns you to dust. It’s the kind of angel whose power is to bring a crisis so powerful that it literally forces us to change.

The kind of crisis I’m referring to is much like one found in the archetype of the heroic journey. The first stage is our conventional world, everything is going along and we are doing what we’ve always done. But then, something happens. Maybe it’s a sudden illness, an accident, a loss of someone through death or divorce or we lose our job, position or home. Maybe we have a near-death experience or an out-of-body experience. Maybe we have an addiction where we hit bottom and are faced with changing or dying. Maybe old traumatic memories begin to resurface and we are unhinged.

Whatever the trigger, we experience a sudden, rapid, chaotic psychological transformation that at first appears pathological but whose meaning is disguised and hidden. At this stage we have no idea that we are actually being led towards healing and a more expanded awareness of the unity of all life.

We call this kind of crisis a spiritual emergency. It propels the individual away from his or her life as they know it and into a kind of altered state that can appear as a dark night of the soul. One is lost. In a stroke, everything is rendered unfamiliar. It’s as if one is in the wilderness and suddenly the trail disappears.  Even though life appears the same, in some fundamental way it is not. One can feel intense fear, panic, terror and dread. Even rage and profound grief. We can feel as if we are going mad or losing our sanity.

In the model of the hero’s journey, we have reached the stage called the Ordeal. There is no going back. The hero or heroine must undergo trials just to survive the journey through a completely alien landscape. Here we meet demons, strange creatures and monsters, all intent on entrapping us or ending our life.

In the shamanic tradition, we may find some powerful being or shaman who takes us apart, literally deconstructs us, boils us in a pot for two years,  our bones then hung on a hook. Maybe we are disassembled in some way and our old skin is gone. But then, we find that we have been refashioned with a fresh new body. Maybe we are given new fingers that are sharp as knives with the power to operate, a brain filled with crystals to see into the unseen, a heart fashioned from fire, all for the purpose of healing. But first we have to “die” to who we imagined ourselves to be and then like the rising Phoenix, become reborn into a new being, far beyond the narrow box of who we once were.

So the hero’s journey comes to another stage, one called The Return. It is not for nothing that we have suffered. The suffering has a trajectory and a purpose. In Chinese, crisis means danger and opportunity. The danger is existential, we can die. The opportunity is the chance of transformation, to rise up into some new kind of being and in the process receive a gift which we can then use in service of our community.

The purpose of enduring the ordeal is to strip away the old identifications with our lesser life, our arrogance, our assumptions about what we think we know, our old impacted defenses, our paradigm, our belief systems. It is to break open the hard egoic shell and liberate the light within each of us so that we can truly be of service to others and our community.

All this implies two things. One is that beyond appearances of our dull conventional life, there is a hidden spiritual life informed by a divine consciousness. There is an order behind the chaos. This is the realm we must access, the realm of the visionary state. It is in no way airy fairy. Visionary seeing is essential for survival.  Hence the saying, “Where there is no vision the people perish.”

The other thing implied is that having survived the ordeal, we receive a gift. The gift is not just for us. It is for our community, who badly needs what we have to give in order for it to survive.

So how does this apply to climate change?  Our conventional time is a time of no vision. Denial, death, lies and corruption surround us and hate has been elevated to godlike status. The old great stories of democracy, freedom and God have been co-opted to serve tyrants. Then suddenly comes the reality of climate change. It’s if we were awakened from a nap and the house is on fire. There is not time to think. We are plunged into an existential crisis.

This time, the crisis is not just individual, it is collective. That’s the difference. Never before in the history of man has the entire species existence been threatened all at once. Just like that we are all simultaneously experiencing a massive collective spiritual emergency, one so intense it actually has the power to liberate us from the shadows and the projected evils that have enslaved the entire species since the beginning.

That is why this time is called, the Great Awakening, or the Great Turning. We are being initiated into higher consciousness. all at once, all together. What awaits is the birth of a new human.

No matter who wins the election, no matter how deep the darkness, the course of our evolution bends towards love.  Hardwired into man is a trajectory that leads to healing and more expanded awareness of the unity of all life. The angel that brings us crisis also brings the power to heal it and each other. The questions the angel brings are these: WHO are we? WHY are we here? WHAT is our relationship to the cosmos and the divine intelligence?

And this too: Not a thousand armies can oppose an idea whose time has come.